Pretoria band, Fourth Son South, will release it’s first full length album “The Sounds Around Your Head” on the 7th of November. The album consists of 11 original songs written by lead vocalist and guitarist Peter Toussaint and one cover. All songs were recorded and produced at the Boathouse Studio.

The album with well balanced rock songs with hints of funk, blues and reggae will be available on all digital platforms. The video for They Run, We Hide has already been released on The Facebook page of Fourth Son South and has been watched thousands of times. (Currently 18.500).

Watch They Run, We Hide

The release party with live performance will be the 7th of November at the Jarr Bar in Pretoria. 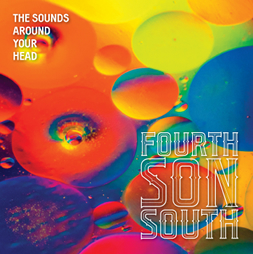