“HOME captures the feminine side of Hot Water. I think we live in a world where the feminine and masculine principles are out of balance, and this causes a lot of unhappiness. There is a kind of rebalancing going on at the moment – it’s like we are being forced inwards, forced to be more quiet. I cried a lot writing this song. When I perform it now, it leaves me in a space of complete silence.
Although I wrote and recorded Home entirely on my own, the music video brought together so many incredible people. I want to thank each and every one of them for their generous contribution to the spirit of this project.”
– Donovan Copley (Hot Water)

‘Home’ is also available now across all digital platforms

Some of South Africa’s biggest names in the entertainment industry, in front and behind the cameras, have united for the quarantine music video of ‘Home’.

“Be kind to each other. The World needs it right now”
– Majozi

“This is only temporary. It has to be. It’s impossible that this can last forever. I know this time has been difficult, for some more than others, but hang in there. Or sit in there. Or lie down in there. Whatever is easiest.”
– Schalk Bezuidenhout

“Make things. Use your hands. Connect again to the simplicity that creation brings. And then turn that inspiration outwards towards those that need your help.”
– Jeremy Loops

All proceeds across all platforms will be going to the Feed a Child Coalition which distributes food parcels to those in need due to the devastating impact of Covid-19. There are other ways to help too: Donations are welcome, but so are views and shares. The music video is as much an ode to humanity and the connectedness of the Human Spirit despite physical disconnection, as it is about the Fundraiser.

Or simply scan the QR below below and follow the prompts 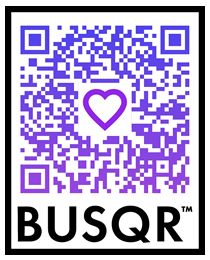 Everyone involved has shot their footage on cellphones and the virtual workflow has seen editor Joe De Ornelas and colourist Jarryd DuThoit from Left Post Productions and designer Maryke Sutherland from Tinbird join the creatives team.

Participants from sixteen countries have lent their talents to the collaboration of ‘Home’ and over five hours worth of footage was received for the four-minute music video.

The Story of ‘Home’

Donovan Copley is a father to three young boys and when he heard there were kids going hungry during this crisis – it really struck home. “I wrote this song last year as a way to deal with challenges in myself and what I saw others dealing with and in the world.”

From recording the song to getting the video made, Copley explains how it all came about, saying “When I was confronted by the massive challenge that we are all facing at this time in so many different ways, ‘Home’ rose to the surface as an answer to the question ‘How can I be of service in the face of this?’”

Inside of this question, he picked up the phone and called a very unique and special film-maker he knew.

“Let’s do something magical in the face of this crises!” and Copley’s call to Uga creates a conversation that leads to this great project.

Copley and Uga started work on the idea for the video for ‘Home’ and the concept was a brilliant one.

“When I was conceptualising the ideas around the video, one thing was clear to me from the word get go: the performances needed to be as honest and raw as the song,” explains Uga. “Hence, we see stars like we will probably never get to see them again – in their homes like all of us without their stylists, makeup artists etc and the quality of the footage varies as phones, lighting and surroundings did. I also wanted to give guidance but not manipulate. The brief was sent out and we left it to interpretation.”

The response from everyone was overwhelming and for a four-minute video, they had over five hours of footage to work with. And no one was treated any different. Stars received the same air time as the everyday women and men who appear in the video.

Uga continues, saying “There are also no individual credits for those in the video as we really all are in this together and this virus certainly doesn’t care who you are. I’ve never been so touched by footage. And there is something about the process, people giving so freely; from the creatives working on this, the NGO’s, government, to those who send in videos, that touched me deeply. I don’t think any one of us can be the same after this. And maybe we shouldn’t be…”

All proceeds in its entirety will be going to the Covid-19 Feed a Child Coalition.

Some of the well-known faces include