meh. release their new EP Rundown Hotel today! The EP’s opening track ‘Sniper Girl’ features New York based R&B vocalist BEX, and is best described as an electronic fusion of minimal pop and hip-hop. BEX’s vocals were recorded in her Brooklyn studio and all production took place in South Africa.

The follow up tracks Stone and Rundown Hotel delve into the world of dream pop with retro synths and dreamy vocals. The EP ends with Friends and Cigarettes, a nostalgic throwback to our youth. 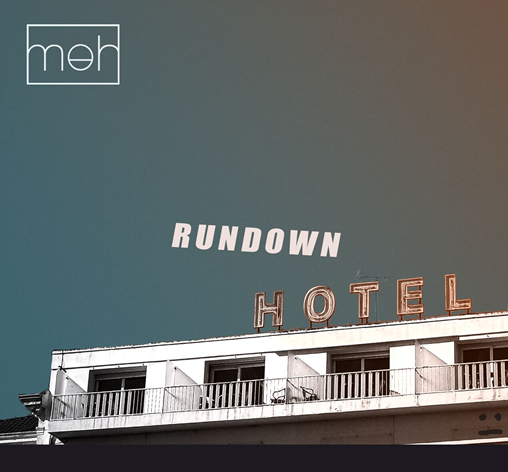 Brothers David and Matthias grew up on a farm in South Africa listening to their dad’s old vinyls of Steely Dan and Joe Sample. Not exactly Top 40 stuff, but David could sing back any Steely Dan guitar solo whilst Matthias jammed it out on the keys. When they got tired of driving tractors, they went to explore the world of music and production.

Enter Naomi, a street-wise Capetonian with a classical background and an experimental attitude. Together they form meh., a dream-pop collective, fusing edgy production with interesting lyrics.

Listen to the Rundown Hotel

– meh.  debuted their first single ‘Uriella’ (Child Of Light), in June 2016 and featured a kids’ choir and prominent South African star Kyle Deutsch. Uriella featured at #1 on the YFM Breaking and Entering chart during September 2016.

– meh.’s second single ‘Chosen’ was picked up by U.S. record label Artist Intelligence Agency and was released 9 March 2017. The track featured TheVoiceSA vocalist Jess Martins and has enjoyed good exposure with over 100 000 plays on Spotify.